DINING OUT ON MELBOURNE’S MOST DELICIOUS LOVE AFFAIR

Melbourne’s great connect with dining out began when the urban workforce needed food, and no-frills restaurants provided it. Breakfast came with a choice of ten hot meat dishes, bread and butter, and tea or coffee – all for sixpence. There was dinner for the same price, offering a choice of soups, meat dishes and puddings. Sixpenny restaurants were cheap; and the quality of the cooking was, as far as can be determined, not high.

Restaurants in the modern sense – where respectable men and women dined together in public – came relatively late to Melbourne, as they did in England. Throughout the 19th century, hotels were major providers of meals. Gentlemen dined at their clubs.

The first restaurants of note in Melbourne were from the continent rather than English. This was a time when the European, and in particular the French style, dominated international fine dining. The Café de Paris restaurant opened in Melbourne circa 1859, a welcome addition to the Theatre Royal Hotel. The Vienna Café in the Block was decidedly Parisian in style. In the 1890s restaurants of note included the Maison Dorée, La Mascotte, Parer’s Crystal Café and the Café Anglais.

Immigration has always been a deciding factor in the nature of our city’s restaurants, with the taste of home a powerful force. To eat familiar food in unfamiliar surroundings was a tangible connection to countries left behind. Chinese immigrants living in Little Bourke Street from the 1840s had their own eating houses. These eating houses were essentially for the Chinese community, it was not until the 1950s that non-Chinese Australians began eating in them. In 1973 Gilbert Lau opened the Flower Drum, often regarded as the best restaurant of any kind in Australia.

In the first decades of the 20th century, the two most important restaurants in Melbourne were Fasoli’s and Café Denat, both owned by Swiss immigrants. During the 1920s and 1930s, the restaurant scene in Melbourne was dominated by Italians, from the earthily sophisticated, almost bohemian Fasoli’s to Jimmy Watson’s Wine Bar in Lygon Street. It was said that café society in Melbourne revolved around five establishments: Molina’s, Café Latin, the Society, Café Florentino and Mario’s.

Successive waves of immigration changed the broad picture of Melbourne eating, bringing individuals whose impact on the city’s restaurant scene was considerable. Carlton in the 1920s and 1930s had many Jewish cafés as immigrants came from Eastern Europe. When the second wave of Italian immigration occurred in the 1950s and 1960s, Italian cafés typically replaced them. By the late 1970s and early 1980s, Vietnamese restaurants were clustering in Footscray and Richmond, and later in Springvale.

Significant BYO restaurants were opened in the late 1970s by noted chefs including Stephanie’s (named for its owner and chef Stephanie Alexander) in Brunswick Street, Jean-Jacques (later Jean-Jacques by the Sea) by Jean Jacques Lale-Demoz in St Kilda and Clichy in Fitzroy by Sigmund Jorgensen and Iain Hewitson – to name but a few.

In the 1990s the trend moved firmly towards Italian eating of a more sophisticated nature rather than the casalinga style that had prevailed for about 40 years. It coincided with the emergence of Italian pre-eminence in style and fashion – and with growing interest in the Mediterranean diet, the best gastronomic representation of which was regarded as Italian. Ronnie Di Stasio led the way with a vast bar and ristorante called Rosati, which seated about 500 in its Flinders Lane premises before then moving to his own smaller restaurant, Café Di Stasio, in St Kilda.

Today the unquestionable trend continues to be for eating out but with a less clear division between formal restaurants and casual cafés. The shift from very formal restaurants, however, does not equate to a diminution in cooking skills or food quality – with Melbourne providing a stunning melting pot of eating and drinking styles over a wide price range.

We’re spoilt for choice, so where to begin? From the snacky sharing menu heroing modern Indian flavours at Bar Bombay Yacht Club or a foray into the French Quarter of New Orleans at Pearl Diver, to a negroni fountain delivered to your booth at Tippy-Tay or experiencing Chris Lucas’ latest dining sensation, Grill Americano – the city’s taste sensations are endless.

Fancy elevating your lunch expectations? At Sofitel Melbourne On Collins we are delighted to bring back our lunch service at No35 Restaurant. Head sky high to indulge in a delicieux new lunch menu, together with complimentary sweeping views of our stunning city. Bon appetite!

For more of Melbourne’s great dining 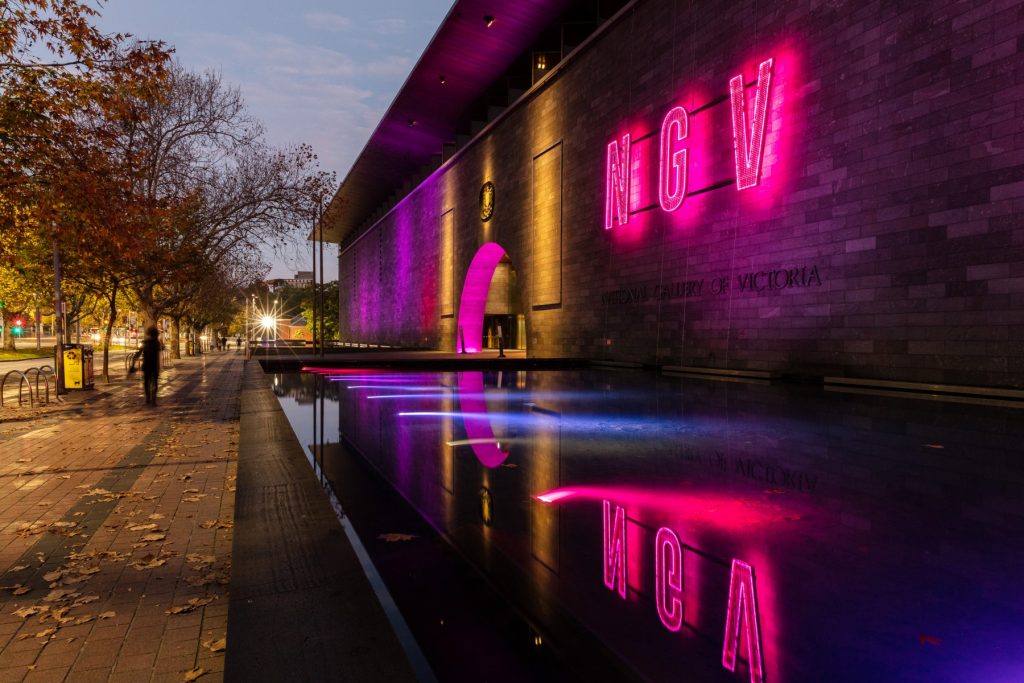